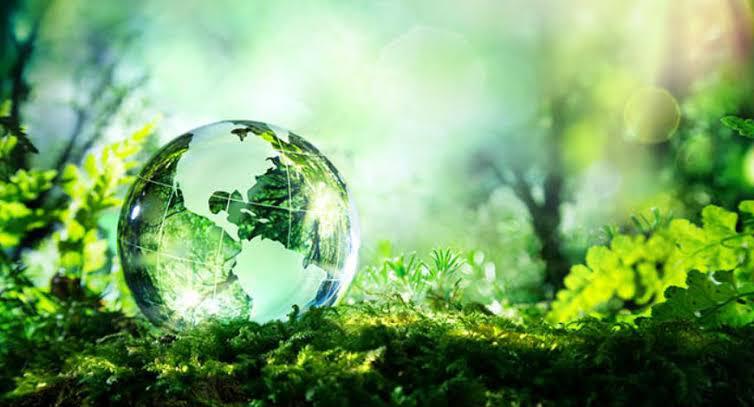 The corners of the barn were never empty. A yellow spider, a green spider, and a red spider, always occupied the nooks. On one morning, Trina and I set a small picnic. While we devoured our drinks, I placed my jar of juice down, and every time I did, a drop of liquid spilled. The drops became a puddle, where a couple of bugs took rest, slurping on the nectar. Every time, they would come, we would flick them away until they flew straight into the sticky web of a spider. The brown arachnid would make its way up to the fluttering bug, stuck in the web. One by one, it would produce sticky strands, capturing the bug. Then, with a little jerk, the bug would be anesthetized, not moving anymore. It was gross as the spider then devoured the prey. Each time this happened, we flinched and added words like “Eww,” and “Gross!”

Summer was almost over, and spiders had now taken over the place. Every time Trina came over, we would throw rocks, or use sticks to break the webs. Sometimes, we would collect the baby spiders and leave them on the other side of the town. As we continued to do this, the number of spiders in the barn reduced, however, something was off. They were bugs everywhere.

Every time we walked in, there would be a swarm of bugs infesting the place, with a constant buzz filling the air. That was when the thought struck me, that the spiders had been there to help! It was part of the food chain. The spiders were what nature used as part of its larger biodiversity to ensure a balance between all other living species.

Though this anecdote described a minimal effect of human intervention in the larger ecosystem, this is transpiring in bigger proportions every day! With thousands of trees being cut down, hundreds of animals being endangered, what do we achieve? A piece of furniture? A furry coat? According to FAADA, the Foundation for Counseling and Action in Defense of Animals, 45 million animals are slaughtered annually just for clothing. Think about the biodiversity loss, that we humans are besetting. Reversing this loss is not a one man’s job, it is the world’s job.

The human evolved almost 6 million years ago, changing every bit of how the world worked. Each year, 15.3 billion trees are being cut down, upsetting ecosystems. Who benefits from this? Apparently, people, and only one billion of them. These trees that are now gone pose a threat to animals that thrive because of it. The Sumatran tiger, Sun Bear, Pygmy Elephant, and Proboscis monkey all face extinction due to the deforestation that humans have caused since they have evolved. According to the UN Environment Programme, our earth is facing what is known as mass extinction, not of humans, but of those who own the earth. Scientists estimate that 150-200 species of plants, insects, birds, and mammals become extinct every 24 hours. This may sound like a small number, but the fact is that it is 1000 times more than the “natural” rate of loss. Yet, we humans continue to call the bug in our house, “the intruder.”

Biodiversity, the ecological jewel, is bearing a huge brunt, and we have to be the ones to reverse it. A practical approach to making this possible is to reassess what we require from nature and reduce our carbon footprint on this Earth. Let’s consciously make a decision to  PROTECT:

P: Pollution, plastic, metal, chemicals, and other untreated sewage are being released into the emerald waters of our oceans every day! In 1975, the National Academy of Sciences estimated that ocean-based sources, such as cargo ships and cruise liners had dumped 14 billion pounds of garbage into the ocean. Over 1 million seabirds and 100,000 sea mammals are killed by water pollution every year. We can help stop this, by reusing, recycling, and reducing all the products we use as well as enforcing strict national and international laws preventing the dumping of waste into our oceans.

O: Observe. Every human must learn to learn! Observing, listening, and understanding the life around us can help create a visible sympathy for the various species that we share the world with.

T: Try. Trying all the possibilities is vital to finding solutions. If growing a particular species of plant is not feasible, then try growing other kinds of plants. If fishing is an unavoidable source of income, try to limit the number of fish you collect. This way, we can slowly reduce a detrimental environmental impact.

E: Educate. Let’s all educate ourselves about what is best for this environment which is keeping us alive. For example, shall we use plastic straws or just drink without one? However, any decision made must be done after being truly educated about the pros and cons related to it. Why? Is the question that one must ask in order to make a difference with regard to the kind of collective and individual behavior we take part in.

C: Curious and Considerate. It doesn’t hurt to be a little questioning, nor does it cost to be nice. Remember that temptation to grab the brightly-colored rose on the bush? Well, hold on! Be considerate, they live too. That flower is there for a reason, to pollinate! Of course ask questions, to learn, and to know what’s right.

T: Teach. At last, with all the knowledge we have, we can be influencers. Spreading the word about a positive act can save an entire ecosystem!

This world has provided us with endless fortunes, it is time to payback. Together, we can serve and P.R.O.T.E.C.T! If you think otherwise, just ask Greta Thunberg. 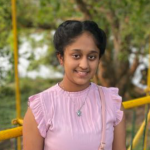 Often indulged into the depth of my computer, rapidly typing, I am Shayna, a grade 9 Cambridge Learner. Writing, blogging, coding, reading, programming, dancing, editing, and inventing are all my passions that have a special place in my heart. With an extensive interest in blogging, I quite often love to write and blog. For this blog series, I have decided to go with the theme of “write to bring insight,” where I will write about interesting topics and spread awareness while I reveal the science behind them. Well, nothing excites me more than engrossing myself into these riveting writes, so how about you dive right into my second blog in the series: “To Serve and PROTECT”