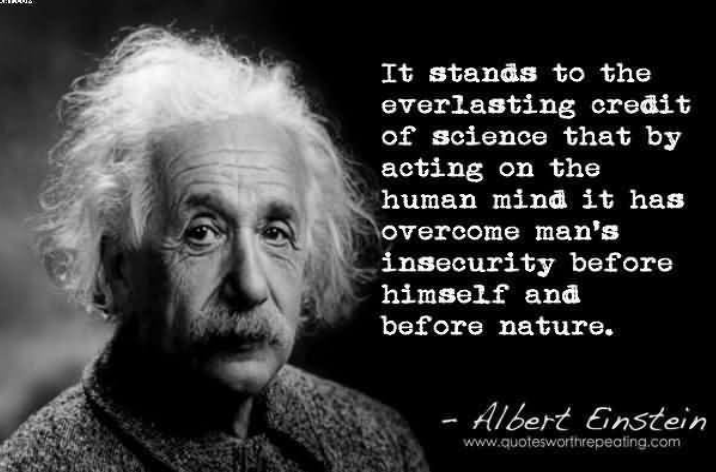 In Spanish, which means ‘Science and Nature’

Nature, as we know it, is the natural, physical, material world in the universe. “Nature” can refer to the phenomena of the physical world, and also to life in general. This is one of the many definitions of the word ‘Nature’ on Google.

Have you wondered, ever, how intricately science and nature are bound together? By definition, science is the study of the world in its physical form and its manifestations, which is done by systematic observation and experimentation. Nature is the definite physical world including all natural occurrences and life. Both have rules governing them.

Laws of nature lead to the basic theoretical framework of the physical sciences. No experiment or observation by man can ever defy the laws laid down by nature.

E.g., Nitrogen (N2) and Hydrogen (H2) combine to form Ammonia (NH3). It cannot form anything else. Ammonia is a pungent irritating gas with suffocating odour and is colourless by nature. These properties and the structure remain the same. Methods of investigation may differ, but results don’t.

Phenomenal and incredible discoveries have been made since centuries, but we have to be reminded that it all is governed by laws established by nature.

For example, we have heard extraordinary stories of human children being raised by other species and eventually resembling that animal in mannerisms than a human. We are all familiar with author Rudyard Kipling’s book “The Jungle Book”. It deals with this very same subject. Winthrop Kellogg an American comparative psychologist, conducted an experiment in 1931. He raised a baby chimp named Gua, along with his own son. The infants bonded well and became best friends. Kellogg followed the childrens’ physical developments, their intelligence and emotional progress. Although the chimp progressed faster than the boy in the earliest stages, later she was falling behind, for the simple reason that chimps mature faster than humans. It is the law of nature. From this we can observe the limitations and the definite parameters of nature and the science involved.

The conflict – nature vs science

Nature of science is dynamic. The cognizance gained through investigation and studies may lead to modifications and emergence of new hypothesis. However, nothing is being proved by science categorically, if it goes against nature. Nature has defined boundaries and that’s how we all function. Every action of nature has a reaction on its dependents and vice versa. With the advances in technology in many fields, science is being used in such processes that nature does not support as a rule but makes life convenient. For instance, the practice of cloud seeding to stimulate precipitation and cause rainfall or the technique of genetically modifying the plants that give better yield. Take the case of a cell phone. All of us are familiar with the pros and cons. How does the phone usage affect our wellbeing? It can affect all the parts of a human body, either directly or indirectly.

Advent of technology in our lives is evident every day and to a large extent, inevitable. Nature and science are inseparable. Humans are constantly striving to extract the maximum from nature, for which the scientists have termed such extracts or gifts of nature as ‘ecosystem services’.

Today, technology has reached an extent that we can conveniently imagine a tiny robot, in our homes, doing household chores. A smartphone tracking easy-to-lose items, such as keys, bags, or even your pets. These are the futuristic ideas envisioned by many technology companies like Samsung, with its new robotic concepts on display at the virtual CES.

In the name of science, we must not destroy our ‘blessing’, called Mother Nature. We must learn to employ science pragmatically and prudently. 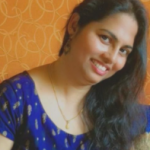 She holds a Masters qualification in Microbiology, and brings her decade of experience to her current role, a teacher by day and amateur Naturalist. Her father is her inspiration who taught that the care for nature will always keep one grounded, and this helped her in discovering the fact that the ultimate beauty is in simplicity.